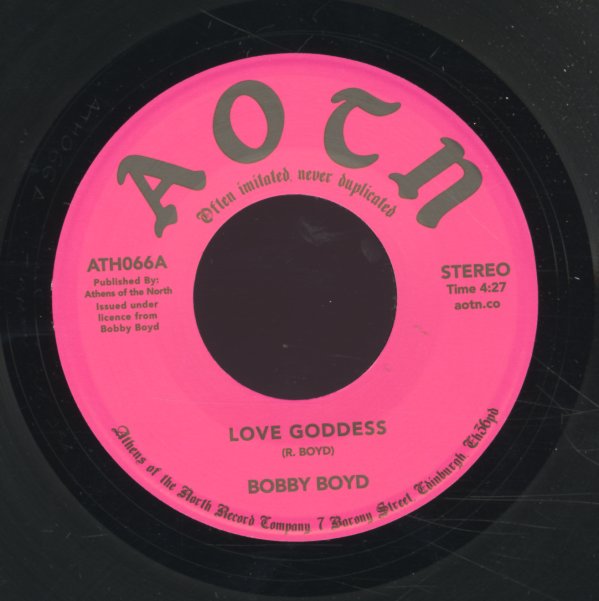 Two rare groovers from Bobby Boyd! "Love Goddess" has this great sort of building vibe at the start – a bit like the way the "Shaft" theme rolls in, but totally different too – especially when Bobby hits the great lyric in the lead! "Good News" is as upbeat as you might expect – with these bright horns over a romping groove that has plenty of bass at the bottom – all to support Bobby's fantastic vocals, which have a message that's as positive as the music!  © 1996-2021, Dusty Groove, Inc.
(Recent reissue.)