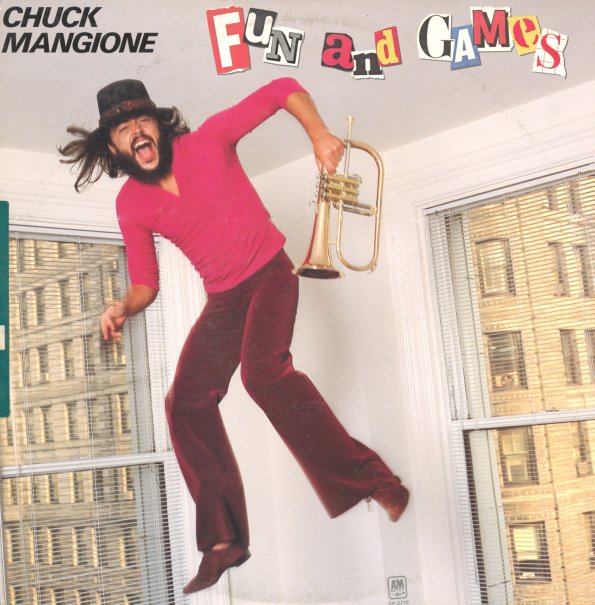 With Charles Meeks on bass, Grant Geissman on guitars and James Bradley on percussion.  © 1996-2020, Dusty Groove, Inc.
(Cover has a sticker on the spine.)

Gap Mangione!
A&M, 1976. Very Good+
LP...$0.99
Nothing too fancy here – as the album's mostly a set of laidback fusion tunes, played by Gap on Fender Rhodes, Hammond, and Arp, with backing by Tony Levin, Steve Gadd, and Rubens Bassini – but there are a few tasty moments that make this more than just a mellow electric set. The album' ... LP, Vinyl record album

Gula Matari
A&M, 1970. Near Mint- Gatefold
LP...$13.99 (CD...$26.99)
A real step forward for Quincy Jones – a record that really shows the jazzman moving into sophisticated new territory – a sound that's just right for the CTI generation! The album's got a vibe that's a bit similar to Quincy's Walking In Space album, but it's a lot deeper too – ... LP, Vinyl record album

Main Event Live
A&M, 1978. Near Mint-
LP...$9.99
Masterful live set by Herb Alpert and Hugh Masekela – recorded at The Roxy in LA in 1978! Both their studio record from the same year and this massive live recording work incredibly well – as they're both geniuses and blending distinctive global influences – but they really cook ... LP, Vinyl record album