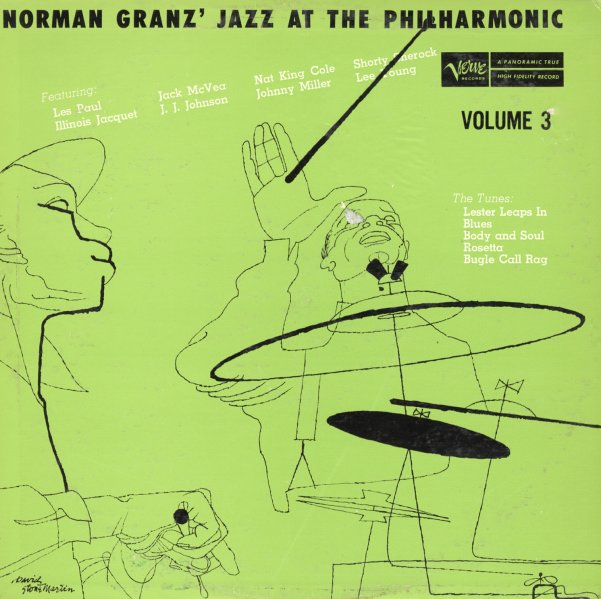 Jazz At The Philharmonic In Europe (brick cover)
Verve, Early 60s. Near Mint-
LP...$4.99
A great little live set – ostensibly a Dizzy Gillespie performance, but with some very strong guest stars! The core of the group is Diz's great one from the early 60s – with Lalo Schifrin on piano and Leo Wright on alto and flute, and they're joined by Stan Getz, JJ Johnson, and ... LP, Vinyl record album