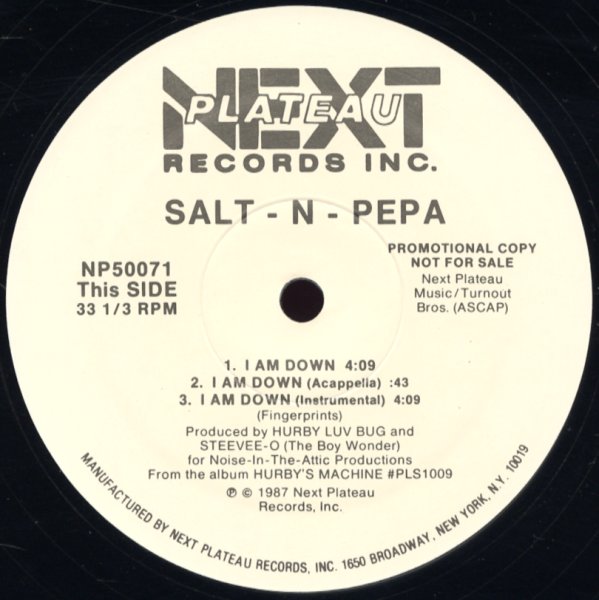 I Am Down (voc, acapella, inst)/Chick On The Side (rmx, rmx inst)/Pass The Salt N Pepa (medley)