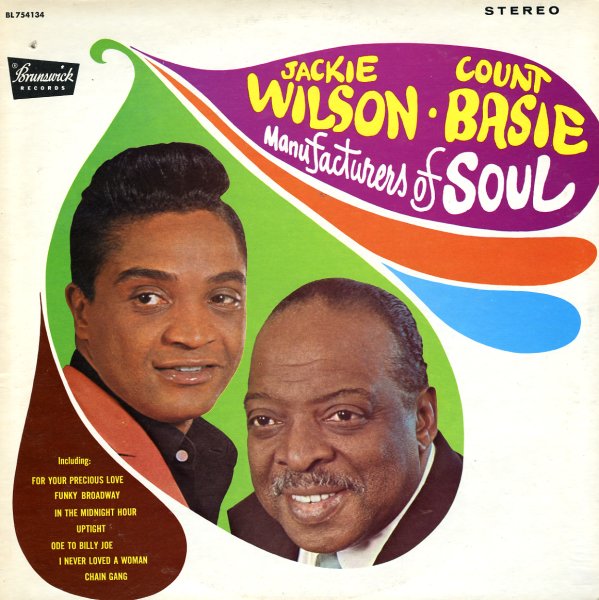 A really wonderful collaboration between two very unlikely partners – and a great album that really stands out as some of the best work from both artists in the 60s! Count Basie's group gets hard and soulful on the record – and even a little funky on the best cuts – and Jackie Wilson is in a raw bluesy vocal style that recalls the best moments of his earlier Brunswick singles – a great edge that makes the whole Basie groove sound even more hard-hitting than ever. Benny Carter arranged, but the groove is more a hard-edged Count Basie mode mixed with Brunswick soul styles – and Jackie blows it out over the top on great versions of "Funky Broadway", "Ode To Billie Joe", "I Was Made To Love Her", "Even When You Cry", and "Respect". Also features a version of "For Your Precious Love" that was a bit of a hit for the pair!  © 1996-2021, Dusty Groove, Inc.

8th Day (180 gram pressing)
Invictus/Demon (UK), 1971. New Copy (reissue)
LP...$16.99
The first album by 8th Day – a record with a bit of a complicated pedigree, but a massive amount of 70s Detroit soul as well! The set was supposedly compiled to cash in on the group's hit single "She's Not Just Another Woman" – reportedly recorded by 100 Proof Aged In Soul, ... LP, Vinyl record album