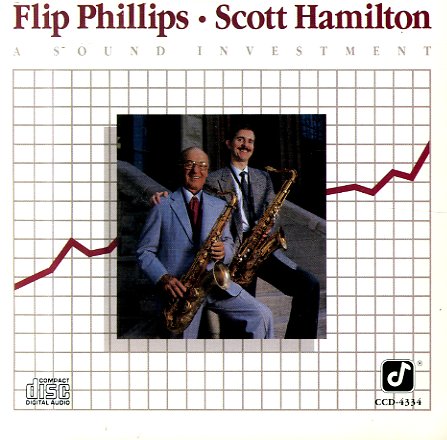 Features Flip Phillips and Scott Hamilton on tenor – with Chris Flory on on guitar, John Bunch piano, Phil Flanigan on bass, and Chuck Riggs on drums.  © 1996-2021, Dusty Groove, Inc.
(Out of print.)