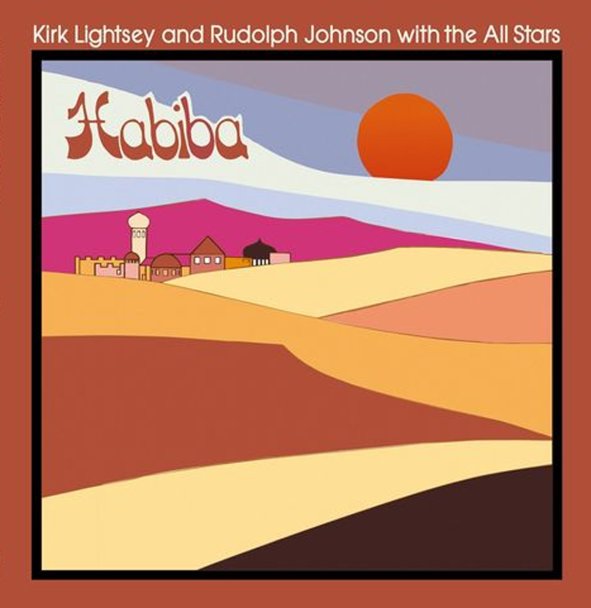 Maybe the hippest record ever issued by pianist Kirk Lightsey – in part because the set was issued on a South African label, and also because it features tremendous work from saxophonist Rudolph Johnson – who you'll know for his two classic 70s albums on the Black Jazz imprint! The setting is maybe most in the mode of Johnson at his best – long tracks that spin out and really take their time to develop – not outside or avant, but also not more familiar spiritual jazz either – as there's this special, soulful balance that really keeps things interesting – as Lightsey plays electric piano, Johnson handles tenor and flute – and the rest of the group features Danny Cortez on trumpet, Delbert Hill on bass clarinet, Al Hall on trombone, and Charles Mallory on guitar. Side one features the long title track – the beautiful "Habiba" – balanced by the beautiful tune "Here It Is" and the funkier "Fresh Air" – both on side two.  © 1996-2022, Dusty Groove, Inc.