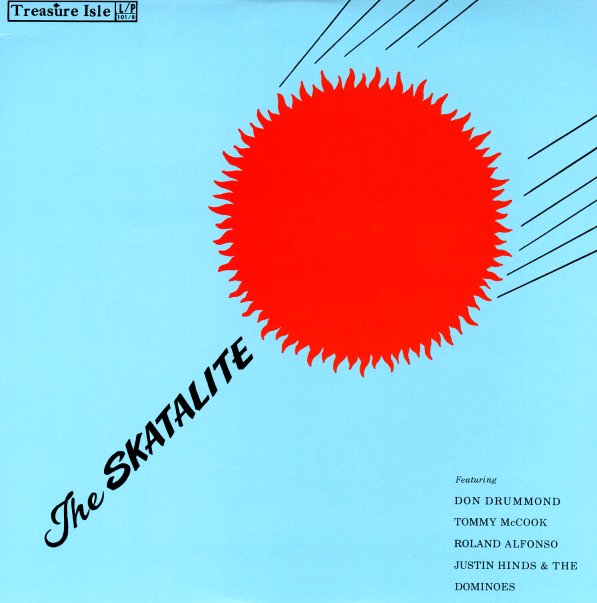 A seminal record in the transition from ska to rocksteady – and one of the key calling cards of The Skatalites – a group who were already moving well past their name! The lineup is classic – Don Drummond on trombone, Tommy McCook and Roland Alfonso on saxes, and a bit of vocal help from Justin Hinds & The Dominoes – all working together in a seamless blend that forever set a standard for this late 60s generation! The titles include "Yard Broom", "Carry-Go-Bring-Come", "Twelve Minutes To Go", "Magic", "Strolling In", "Dan-De-Lion", "Apanga", "Eastern Standard Time", "Musical Store Room", and "River Bank" – plus the cut "Rough & Tough" with Stranger Cole and "When You Call My Name" with Stranger & Patsy.  © 1996-2020, Dusty Groove, Inc.

Colombia Colly (180 gram pressing – with bonus track)
Mango/Music On Vinyl (Netherlands), 1976. New Copy (reissue)
LP...$26.99
One of the greatest mainstream 70s efforts from Lee Scratch Perry – a wonderful collaboration with Jah Lion – who serves up rhymes of knowledge and wisdom over some dubby genius from Scratch himself! The album skews towards the roots side of the spectrum, but has a looser, more open ... LP, Vinyl record album