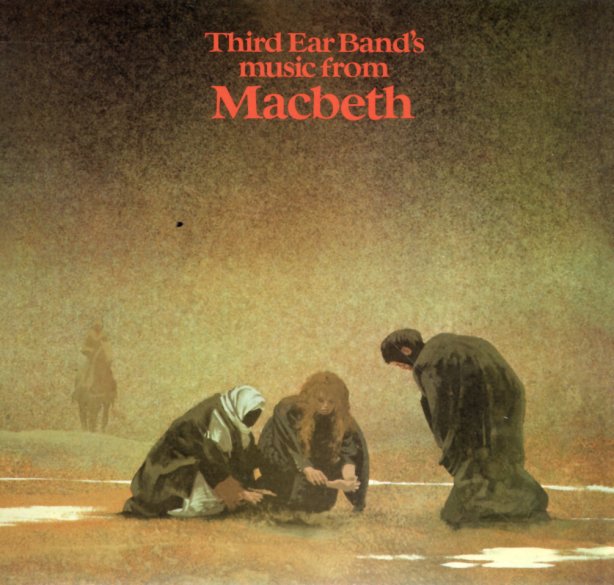 Shakespeare never sounded so compelling before – given a very cool soundtrack by the Third Ear Band, who were moved to work on this project in collaboration with director Roman Polanski! The music is fantastic away from the film – very different than some of the group's earlier records, and a lot more eerie too – as some of their usual string and reed elements almost take on an electronic vibe in the process! Most tracks are very spacious and open, with the violin and oboe crafting some especially sharp, angular sounds – almost as if the group were let loose in some sort of analogue electronic studio. Titles include "The Beach", "The Banquet", "Dagger & Death", "Bear Baiting", "Groom's Dance", "Prophesies", and "Wicca Way".  © 1996-2021, Dusty Groove, Inc.