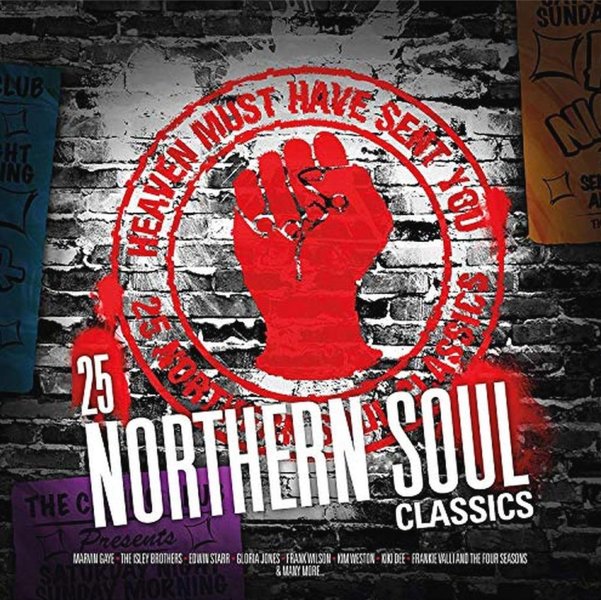 Heaven Must Have Sent You – 25 Northern Soul Classics

An excellent collection of rare soul tracks from the 60s – a set that's billed with a "Northern Soul" title – but which is pretty darn great for any fans of upbeat and very groovy soul! Many of the cuts here never broke big back in the day, but were discovered and brought back strongly by soul collectors in more recent decades – mixed together here with a few classics, all for a set list that's overflowing with gems from Motown, Chess, and other classic labels! Titles include "Wade In The Water" by Marlena Shaw, "Breakin Down The Walls Of Heartache" by Johnny Johnson & The Bandwagon, "Time Will Pass You By" by Tobi Legend, "I Got A Feeling" by Barbara Randolph, "Blowin Up My Mind" by The Exciters, "The Night" by Frankie Valli & The Four Seasons, "There's A Ghost In My House" by R Dean Taylor, "Do I Love You" by Frank Wilson, "Heaven Must Have Sent You" by The Elgins, "Tainted Love" by Gloria Jones, "He Who Picks A Rose" by Jimmy Ruffin, "This Love Starved Heart Of Mine" by Marvin Gaye, "Wear It On Our Face" by The Dells, "Ordinary Joe" by Terry Callier, "Why Am I Lovin You" by Debbie Dean, and "Love Love Love" by Bobby Hebb.  © 1996-2021, Dusty Groove, Inc.