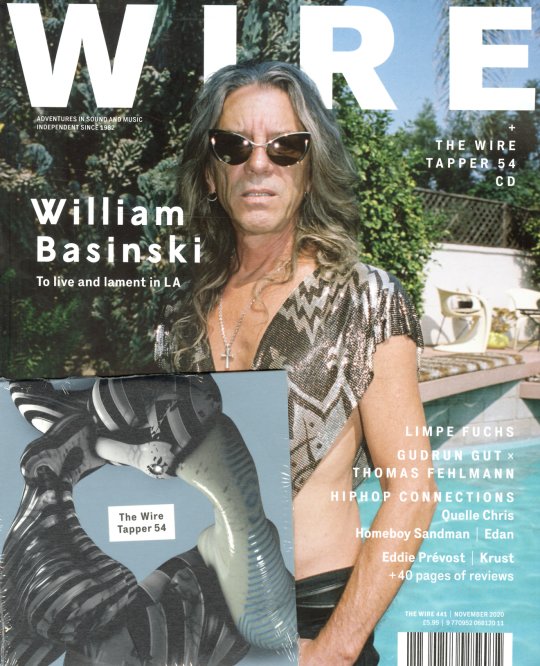 William Basinski looks a bit like Iggy Pop on the cover – but if you know the man and his music, you'll know that he's something else entirely – and if you don't, you'll find out plenty in the big cover feature within! The issue also has articles on the new Homeboy Sandman album, the work of German improviser Limpe Fuchs, Japanese percussionist Tatsuhisa Yamamoto, and trumpeter Steph Richards – plus Thomas Fehlmann and Gudrun Gut on the Invisible Jukebox, and lots more little features too! Plus, as always, The Wire is filled with reviews of music that goes way past the mainstream – and also comes with a bonus CD of new underground music too – with cuts by Meridian Brothers, Summer Of Seventeen, Snowdrops, Lawrence Lui, Brett Naucke, Lucas Brode, Beverly Glenn Copeland, and others.  © 1996-2021, Dusty Groove, Inc.