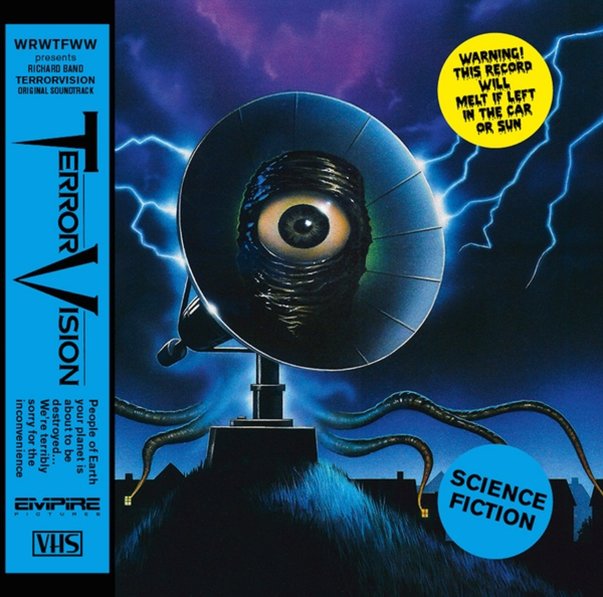 Weird, wild 80s electronic sounds from Richard Band – played live on a variety of Yamaha and Arp synthesizers, and mixed with some of the offbeat orchestrations you might know from some of Band's other soundtracks of the time! The blend is great – and the use of the other instrumentation really keeps things from sounding too cold, or like some of the all-electronic work of the period – as there's a sense of balance here that's maybe even more rich and dynamic than the film itself – and which has a much more lasting quality than the VHS generation. Titles include "He Can't Stop Laughing", "Advice To A Mutant", "Satellite To Medusa", "Gramps In Bed", "Bye Gramps", and "Pluthar Arrives".  © 1996-2021, Dusty Groove, Inc.

La Ragazza Fuori Strada (with bonus CD)
Schema (Italy), 1975. New Copy LP & CD
LP...$26.99 (CD...$12.99)
One of the coolest Italian soundtracks we've heard in a long time – a wonderful set of tunes that moves from slinky, to easy, to groovy, and beyond! The tunes start out bubbling very spare and slow – with floating piano, moog, and other nice bits – and as the record progresses, ... LP, Vinyl record album