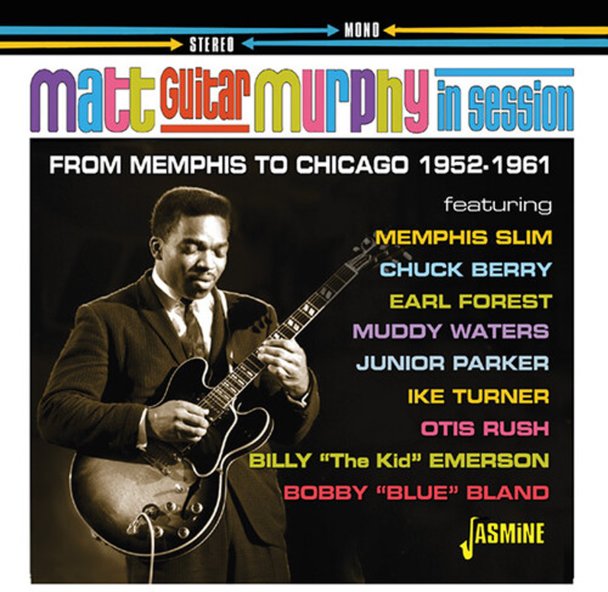 Matt Murphy is a hell of a guitarist – one with roots in Memphis, and many years of work on the Chicago electric scene – where he recorded as a key session man during the 50s, on a range of classic tracks you'll hear on this set! In truth, Murphy maybe never got his full due a as a frontline name until later work in the Blues Brothers – but here, as a much younger musician, he's still completely on fire – adding his skills to tracks by some of the biggest names of the time! Titles include "Slim's Blues", "Lend Me Your Love", "Sassy Mae", "Lonesome", "I'll Just Keep On Singing The Blues", "Four Years Of Torment", and "Little Piece Of Mind" by Memphis Slim; "Lonesome Room Blues" and "Messin With The Man" by Muddy Waters; "You're My Angel" and "Bad Women Bad Whiskey" by Junior Parker; "Drifting From Town To Town" and "Good Lovin" by Bobby Blue Bland; "Do Yourself A Favor" and "You Never Miss Your Water" by Billy The Kid Emerson – and more with Chuck Berry, Otis Rush, and Earl Forrest!  © 1996-2021, Dusty Groove, Inc.