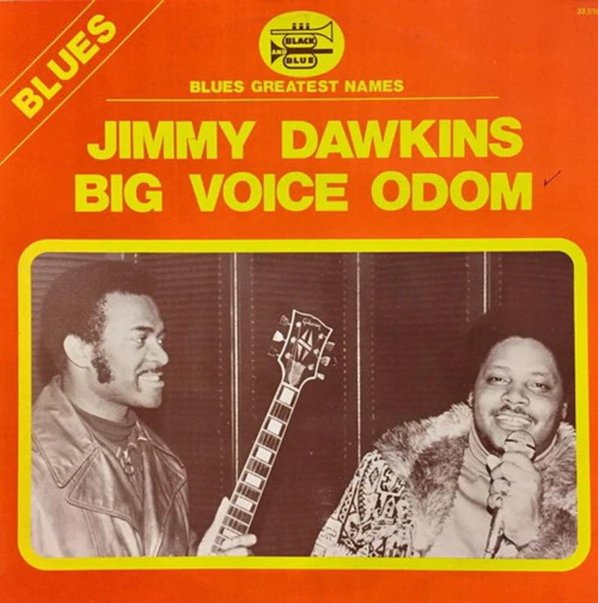 A killer set – one that not only features vocals from Jimmy Dawkins on one half, and vocals from Big Voice Odom on the other – but which also includes some great guitar from the mighty Otis Rush! Rush is fantastic, twisting around Jimmy's own guitar, which is pretty darn great too – and the set also has some smoking Hammond from Jerome Van Jones – a player we don't know at all, but whose instrument really brings out some of the funkier currents in the guitars! Titles include "Mean Atlantic Ocean", "Life Is A Mean Mistreater", "No More Troubles", "Tell Me Woman", "Sweet Laura", "Come To Me", "Marcelle Jacques Et Luc", and "It Serves You Right To Suffer". CD features two bonus alternate takes!  © 1996-2021, Dusty Groove, Inc.
(Part of the "True Blue Masters – Black & Blue" series!)

Groove – Chicago Blues Festival 1975 (with bonus tracks)
Black & Blue/Ultra Vybe (Japan), 1975. New Copy
CD...$22.99
Don't let the title fool you, as the set was recorded in the Barclay studios in Paris – but the record is definitely Chicago all the way through – as Hubert Sumlin plays guitar and sings – in a combo with Willie Mabon on piano and Lonnie Brooks on second guitar! By this point in ... CD

That's All Right (plus bonus tracks)
Black & Blue/Ultra Vybe (Japan), 1973. New Copy
CD...$22.99
The great Jimmy Rogers was a key figure on the Chicago blues scene in the 60s – yet apart from a few recordings for Chess, it always seemed that some of his best recordings were done overseas – as is the case with this great French session from the early 70s! Despite the overseas ... CD

Here's One You Didn't Know About – From The RPM & Kent Vaults
Ace (UK), Late 50s/Early 60s. New Copy
CD...$11.99 18.99
An excellent collection of rare work from the legendary BB King – a selection of 25 tracks from the vaults of RPM and Kent Records, 23 of which appear here for the first time ever! Some cuts are alternates, some are different versions of other recordings – and all are pretty darn ... CD

Get On Down/Reflections In Blue
ABC/BGO (UK), 1975/1977. New Copy
CD...$9.99 16.99
A pair of ABC Records classics from Bobby Blue Bland – back to back on a single CD! First up is Get On Down – brilliant later work by Bobby Blue Bland – done with backings that are much fuller than on his earlier albums – a mixture of strings and horns that really expand ... CD