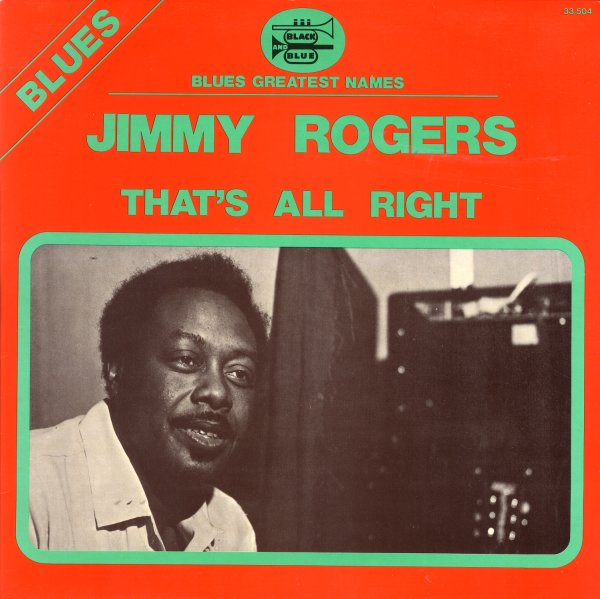 That's All Right (plus bonus tracks)

The great Jimmy Rogers was a key figure on the Chicago blues scene in the 60s – yet apart from a few recordings for Chess, it always seemed that some of his best recordings were done overseas – as is the case with this great French session from the early 70s! Despite the overseas setting, Rogers is singing and playing guitar here with a core Chicago combo – Willie Mabon on piano, Louis Myers on guitar, Dave Myers on bass, and Fred Below on drums – a lineup who keep things nice and lean, while Jimmy gets plenty of time in the spotlight to do his thing. Titles include "Sloppy Drunk", "The Last Time", "Shelby Country", "Tricky Woman", "You Are So Sweet", and "Ludella". CD features 9 more bonus tracks!  © 1996-2021, Dusty Groove, Inc.
(Part of the "True Blue Masters – Black & Blue" series!)