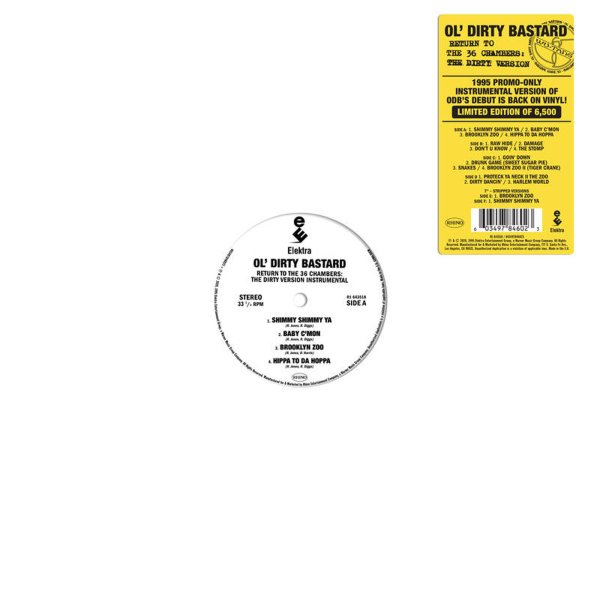 Mecca & The Soul Brother (180 gram silver vinyl pressing)
Elektra/Music On Vinyl (Netherlands), 1992. New Copy 2LP (reissue)
LP...$31.99
The debut full length from Pete Rock & CL Smooth – and a bonafide hip hop classic if there ever was one – one of the best ever! Pete Rock's trademark mix of heavy soul, jazz & funk beatcraft pretty much set the bar to a level that's been impossible to top ever sense. On top of ... LP, Vinyl record album

Blade Of The Ronin (red vinyl pressing)
Ihiphop, 2015. New Copy 2LP
LP...$27.99 29.99
Vast Aire and Vordul Mega finally return as Cannibal Ox – and truth be told, it's a pretty damn solid effort, way better than most comeback efforts by early 00s indie heroes. It's been a long time since Cold Vein dominated the indie hip hop scene, and it's good to have them back in action. ... LP, Vinyl record album