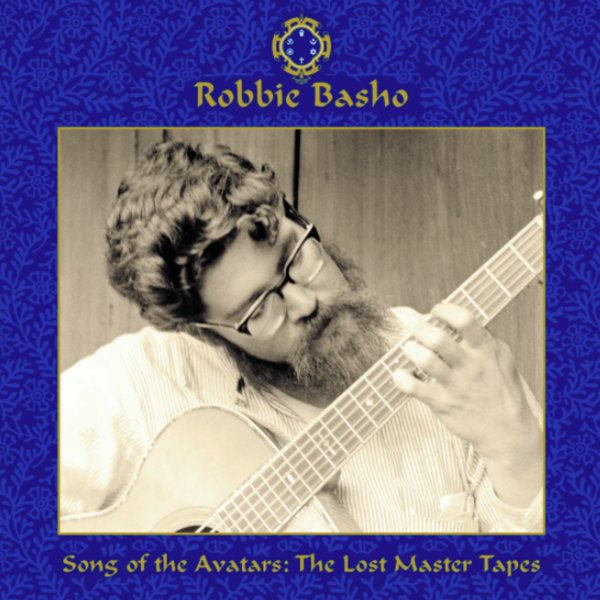 Song of the Avatars – The Lost Master Tapes (5CD set)

Unheard music from guitar genius Robbie Basho – a selection of tracks that were never issued at the time, all rescued from Basho's archive of over 100 reel to reel tapes! Robbie gave us some groundbreaking records on Takoma, Vanguard, and Blue Thumb – which established him as one of the most important guitarists of the new acoustic generation to rise up in the 60s, alongside important contemporary John Fahey. But Basho also kept on evolving in his music before his untimely early death in 1986, even though he was often not getting the attention from labels that he deserved – which is why a package like this is so great! The tapes were a bit murky on details – but the tracks appear to include some work from the late 60s, contemporaneous with Basho's early recordings for Takoma – but they also move well into the later years, at a time when Robbie's spiritualism was rising even more, through his devotion to Sufism. There are many vocal passages on the set, done in that surprisingly majestic mode that Basho had in the later years – a more well-developed style than his early singing – and the set, of course, features countless moments of sublime work on 12 string guitar. 5CD set features 54 tracks in all – and a 48 page booklet of notes, essays, and photos.  © 1996-2021, Dusty Groove, Inc.

Starday Sessions
Starday/Gusto, 1972. New Copy
CD...$5.99 9.99
Charlie Monroe was part of the Monroe Brothers back at the start – but after he and brother Bill parted company in 1938, most people focused on the talents of the famous mandolin player, and forgot all about Charlie! Yet that other Monroe continued to make great music for many years – ... CD