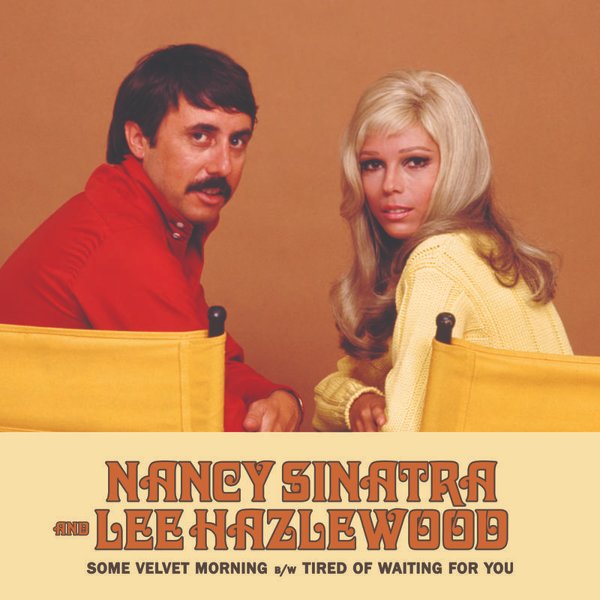 One of the greatest duet songs of all time – a surprisingly creepy 60s pop gem from the team of Nancy Sinatra and Lee Hazlewood! The song has a haunting vibe that builds beautifully in Lee's production – as Hazlewood matches his deep vocals with Nancy's lighter touch, all in a mode that makes for one of the strangest love songs you'll ever hear! This special version also features a great version of The Kinks' "Tired Of Waiting For You" – produced by Lee, arranged by Billy Strange, and appearing here on vinyl for the first time ever!  © 1996-2021, Dusty Groove, Inc.
(Very cool gold splatter vinyl pressing!)

Wizard Of The Hood/Rhythm 2/Neva Again/V (2 x 7 inch set)
Funk Night, 2021. New Copy 2 x 7 inch Gatefold
7-inch...$22.99
A fantastic celebration of the 100th release of Funk Night Records – a limited package that features four killer cuts from The Soul Surfers – all recorded at the old Melodiya Studios in St Petersburg! "Wizard Of The Hood" has all these nice weird touches around the edges ... 7-inch, Vinyl record