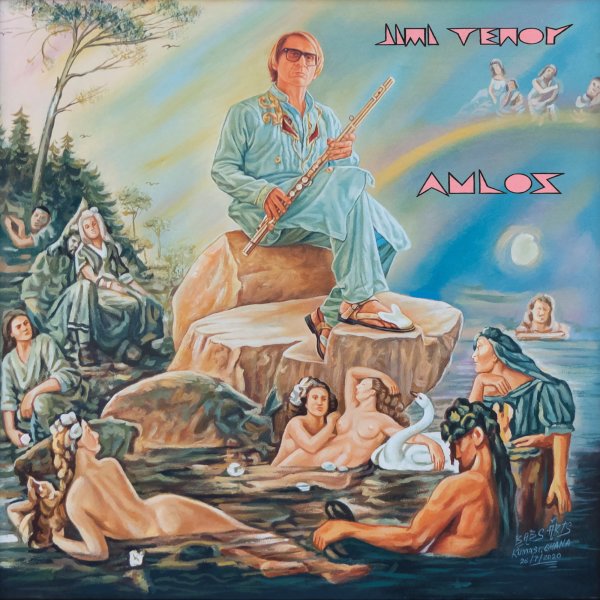 Jimi Tenor looks something like a sexy god on the cover – but his sound within is very down to earth – maybe even more so than on some of his other recent records! The album marks a nice return to groove-based territory for Jimi – still with some of the jazzier and global elements he's been exploring of late, but fused into tighter songs, often with vocals from the man himself – who's a surprisingly charming singer, in addition to providing great work on tenor, flute, and keyboards! Even when his music was more electronic and abstract, Tenor always had a love of classic 70s soul – and that definitely comes through here, albeit through the very strange lens that is the musical mind of Jimi. Titles include "Small Things", "Afroeuropean", "Vocalize My Luv", "128 Cosmic Rock", "Sugar & Spce", "My Baby", and "Ki'Igba".  © 1996-2021, Dusty Groove, Inc.