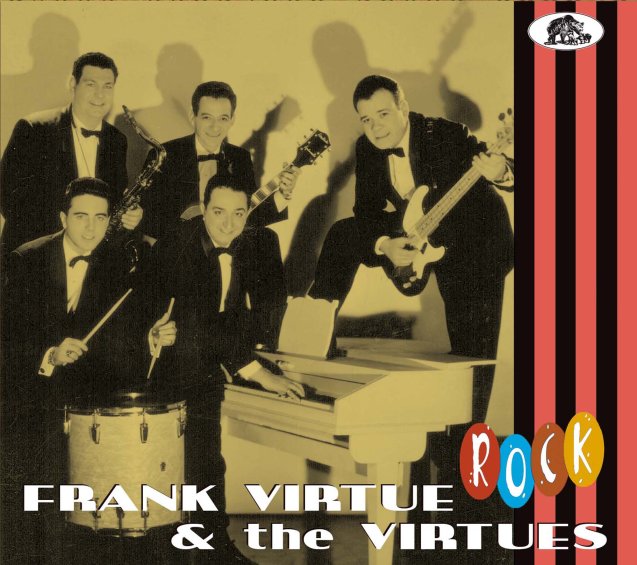 Rare early rock from the Philly scene – a variety of tracks from Frank Virtue – aka Frank Virtuoso, and a musician who definitely deserves that name! Virtue's a heck of a guitarist, one who clearly borrowed plenty from the rising school of country pickers, but brought it to the world of rock and roll – and he's also a surprisingly charming lead singer – maybe not the rawest voice of his generation, but with a nice edge that's definitely not pop either! A number of tracks here follow the vibe of a fellow Pennsylvanian at the time, Bill Haley – but with a lot more guitar instead of horns – and more of a small combo vibe too – and the variety of settings here provides a great sort of answer to that always-asked question about the real origins of rock and roll. 33 tracks in all, very detailed notes with rare photos, and work with the Esquire Boys, Virtues, and Rhythm Rockets – on titles that include "Flippin In", "Shufflin Along", "Toodle Oo Kangaroo", "Rollin & A Rockin", "Rip It Up", "Mambo Rock"- "Guitar In Orbit", "Let's Have A Party", and "Rattle My Bones".  © 1996-2021, Dusty Groove, Inc.