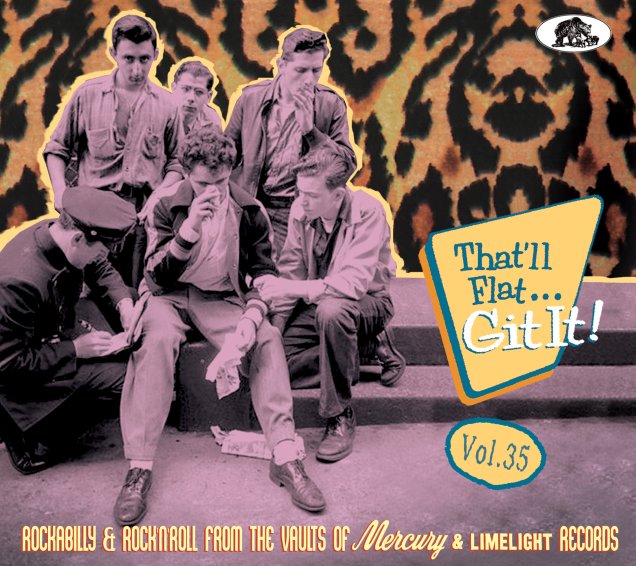 Hard-rocking gems from the second decade of Mercury Records – a label that first broke big in the postwar years with a strong ear for up-and-coming R&B – and one who continued that close to the ground success during the early years of rock and country music as well! Mercury wasn't as close to the south as some of its contemporaries, but it had a really great ear for key talent, and would often scour points far from its Chicago home in search of budding talents in a variety of genres – which means that the work here is definitely at the top of the pack for the time – tunes that have the sharp bristle of cuts on Chess, Sun, or Starday – the latter of whom was an early partner in helping Mercury find talent. The set features 35 tracks in all, with the superb presentation and detailed notes of previous volumes – on titles that include "Sittin On Top" by Curtis Gordon, "Rockin Robert" by The LaDell Sisters, "My Search" by Ben Hewett, "Baby Baby Baby" by Eddie Bond, "Shake It Up" by Conway Twitty, "My Foolish Fling" by The Half Brothers, "The Last Drag" by Voxpoppers, "Downtown" by Orville Couch, "I Want You Baby" by Jackie Cray, "I'll Never Let It Show" by Charlie Walker & The Four Pals, "Shake This Town" by The Counts, and "Cry Baby Cry" by Narvel Felts.  © 1996-2021, Dusty Groove, Inc.

That'll Flat Git It! Volume 33 – Rockabilly & Rock N Roll From The Vaults Of Renown & Hornet Records
Bear Family (Germany), Late 50s/Early 60s. New Copy
CD...$14.99 22.99
A tight batch of rare rockers from a tiny North Carolina label from the end of the 50s – a set that's a nice contrast to some of the other volumes in this excellent series, which usually focus on lost rockabilly nuggets in the vaults of major labels! Here, there's a vibe that's much more ... CD