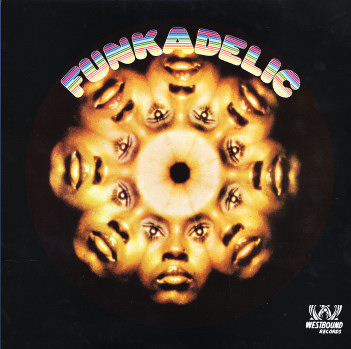 One of the darkest records to ever come out of the Detroit soul scene! As you might guess from the title, the album is Funkadelic's first – and it's a swirling mass of psychedelic guitars, echoey drums, and bass-heavy riffing, all topped off by the band's harmony vocals, which sound like a perversion of the deep-Motown styles of groups like The Temptations or Undisputed Truth – taken into even headier territory! The original 5-member version of the group includes Eddie Hazel, Mickey Atkins, Tawl Ross, Bill Nelson, and Tiki Fulwood – all working here with some mindblowing George Clinton production! Tracks include classics like "I Bet You", "Mommy, What's a Funkadelic", "Music for My Mother", and "What Is Soul" – and the album's the stuff that made these guys a legend right out of the box!  © 1996-2022, Dusty Groove, Inc.
(50th Anniversary heavyweight orange vinyl pressing!)

Free Will (180 gram pressing)
Flying Dutchman/BGP (UK), Early 70s. New Copy Gatefold
LP...$19.99 26.99
A really tremendous album from the legendary Gil Scott-Heron – and a set that stands as one of his greatest statements from the 70s! The record is a wonderful example of Gil's work in two different styles – sweet mellow jazzy soul, and harder heavier protest poetry – the latter ... LP, Vinyl record album