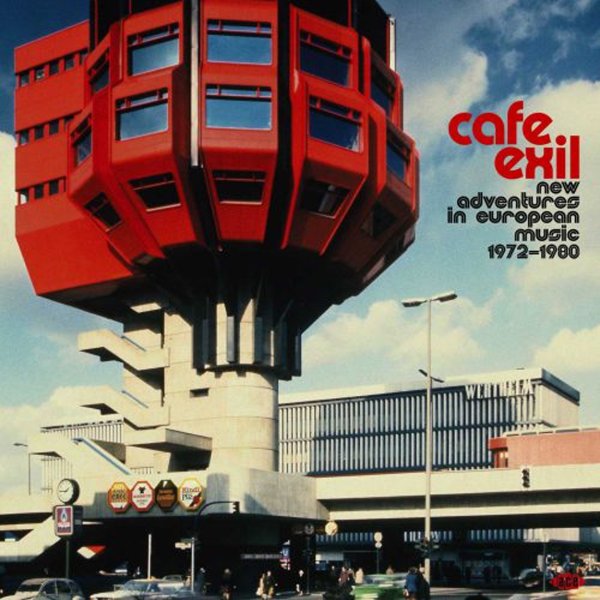 Also available
Various — Cafe Exil – New Adventures In European Music 1972 to 1980 ... LP 29.99
A fantastic little collection – one that gets at a special side of the 70s European scene that wasn't quite prog, wasn't quite art rock, and wasn't quite experimental – but which definitely lay to the left of the mainstream during the decade and really helped set the tone for years to come! The music here is heavy on influences from the German scene, but also features some British tracks too – often in a way that makes a leaner approach to some of the bigger ideas of prog – with a more stripped-down approach, and often a less top-heavy sound – so that these cuts slide right in and sneak up on you with a really subtle sense of power. You'll recognize some of the names here, but the choice of tracks is key – put together by Bob Stanley, who gave us some other excellent "imaginary soundtrack" compilations from Ace. Titles include "Way Star" by Rubba, "L'Eroe Di Plastica" by Toni Esposito, "Tommy" by Focus, "Octave Doctors" by Steve Hillage, "Troupeau Bleau" by Cortex, "Canoe" by Piero Umiliani, "Penny Hitch" by Soft Machine, "Eileen" by Streetmark, "Jennifer" by Faust, "A Morning Excuse" by Amon Duul II, "Pony" by Annette Peacock, and "Don't You Know" by Jan Hammer.  © 1996-2022, Dusty Groove, Inc.