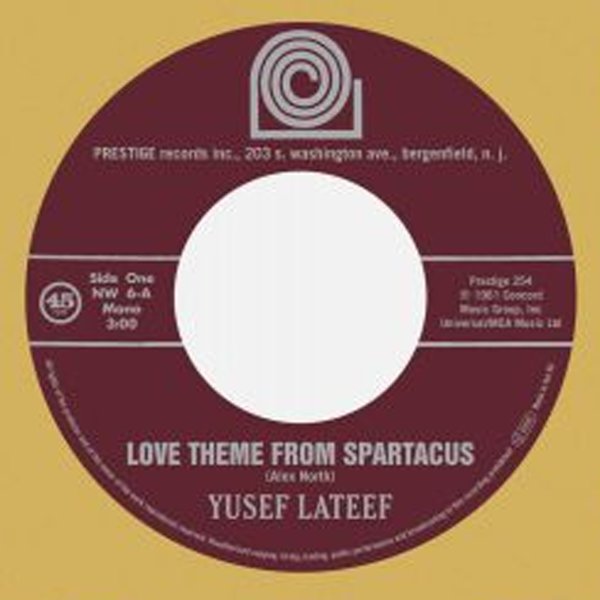 Two beautiful gems from the early 60s soul jazz scene! "Love Theme From Spartacus" was a tune that even fans of the movie didn't remember very well – but Yusef Lateef forever imortalized it with this sublime spiritual take – slow and modal, with great piano, and an oboe tracing the really lovely melody! Cannonball Adderley shines on "Brother John" on the flip – a tune that's also got a spiritual current, and more modal energy than usual for his group – written by Lateef, who also plays a great solo!  © 1996-2021, Dusty Groove, Inc.