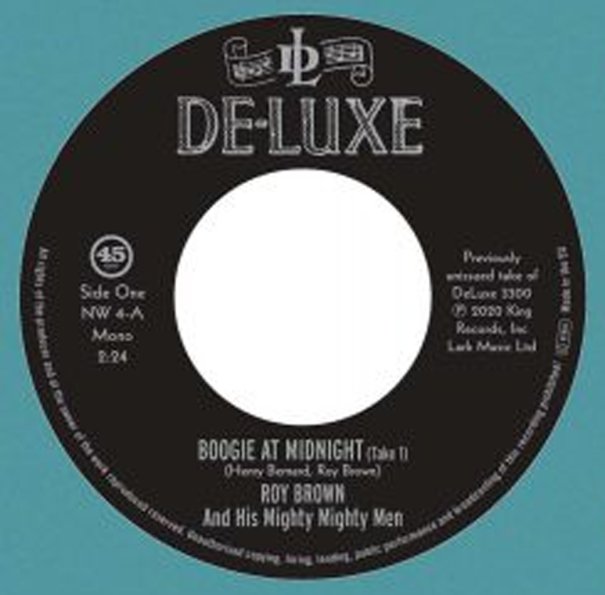 A hard-romping single – one that presents the first takes of both of these R&B classics! Roy Brown is at his most hard-wailing on "Boogie At Midnight" – a tune that grooves along mightily in the best King Records style – heavy rhythms, raw vocals, and a great sax solo too! "Lawdy Miss Clawdy" is one of those tunes that not only made Lloyd Price a legend, but also set the scene for New Orleans soul in years to come – a truly formative number, heard here in its initial take in the studio!  © 1996-2022, Dusty Groove, Inc.