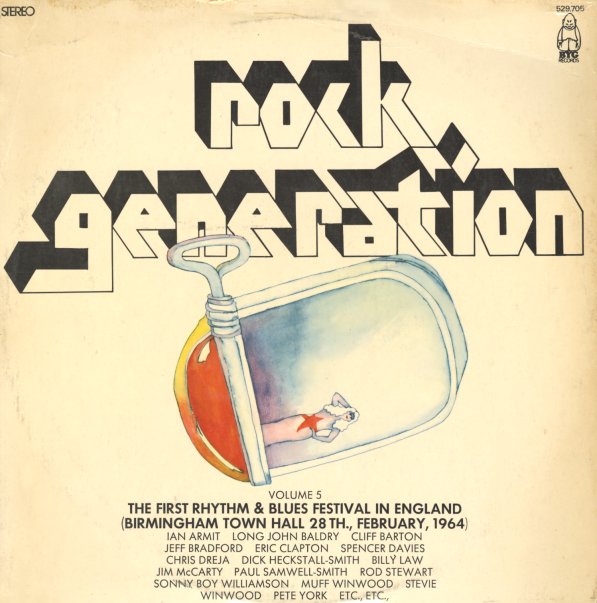 Recorded at Birmingham Town Hall in 1964, with performances by Spencer Davies R&B Quartet, Long John Baldry & The Hoochie Coochie Men, and Sonny Boy Williamson & The Yardbirds.  © 1996-2021, Dusty Groove, Inc.
(Cover has ringwear, some discoloration from age, and is bent a bit at the top right.)

Tracy
Decca, 1969. Very Good
LP...$4.99
A beautiful bit of late 60s pop – featuring a harmony group who can really sing! The set was masterminded by the team of Paul Vance and Lee Pockriss – who wrote most of the tunes on the set, and also arranged and produced – and the whole thing's got a no-filler feel that's really ... LP, Vinyl record album

Music From Big Pink
Capitol, 1968. Very Good+ Gatefold
LP...$49.99
The landmark first album from The Band – and along with the follow-up, it's among the greatest records of its time – which is all the more astounding given how independent of late 60s trends it is! Each member of The Band brings such inimitable textures – Garth Hudson's imposing ... LP, Vinyl record album