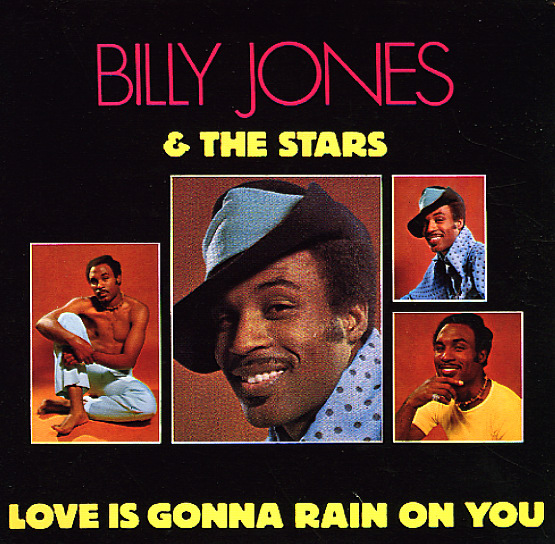 Love Is Gonna Rain On You (180 gram translucent yellow vinyl)

A spectacular soul album from Holland – but one that's got a much more American groove than some other overseas records of its type! The cuts all feel as if they could have been lifted from indie sides of the east coast scene of the early 70s – and Billy shines beautifully both on the mellow ballads and uptempo numbers – the former of which have a sweet soul/harmony vibe, the latter of which take things into fast funk territory of the pre-disco years! The whole thing's great – a beautiful balance between funky groovers and laidback soul – and titles include "Funky Monkey Monkey", "Thank You", "Save All My Lovin", "Feelin Good", "All My Brothers Are Clean", "Love Is Gonna Rain On You", "Look Out Baby Here I Come", and "Message From A Black Man".  © 1996-2022, Dusty Groove, Inc.
(50th Anniversary edition – individually numbered limited edition of 1000 – on heavyweight yellow vinyl!)

East Bay Grease (180 gram pressing)
San Francisco/Music On Vinyl (Netherlands), 1970. New Copy (reissue)
LP...$35.99 39.99 (LP...$16.99)
One of the first albums from Tower Of Power – and one of the funkiest, too – a set that really has the group working in a loose, spontaneous mode that's totally great – steeped in all the best elements of southern soul, but forged with a new sort of energy in the Bay Area scene at ... LP, Vinyl record album