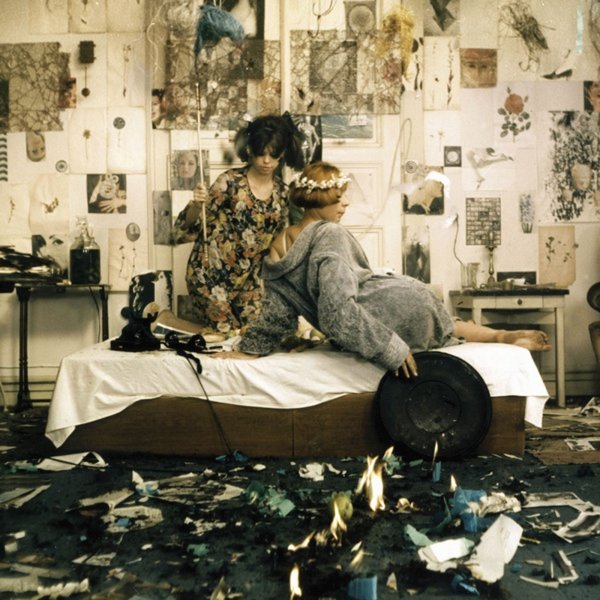 An amazing soundtrack to an amazing film – a Czech new wave classic that's supported by sounds as dynamic as the images on the screen! There's a really playful feel to the whole thing – much more so than other Finders Keepers reissues in recent years – and the music jumps along in a mix of military moments, folkloric elements, jazzy bits, and some spare, simple melodies – almost a bit like Nino Rota's best for Fellini, but a lot crazier overall! Instrumentation has some almost Moondog touches at the best points – repetitive woodwind or piano bits, with some grittier, organic elements at the bottom – and although much of the music is by the team of Jiri Suchy and Jiri Slitr, there's also other bits that crash into the mix too – almost with a surprising, abrupt sort of quality. Titles include "Peach Tree Thieves", "Threes A Crowd", "Red Carpet", "Burning Ribbons", "Girlies Girlies", "Roses Red Roses Red", "Cuckoos", "Scissors", and "Beggars Banquet".  © 1996-2021, Dusty Groove, Inc.
(Limited edition of 500!)