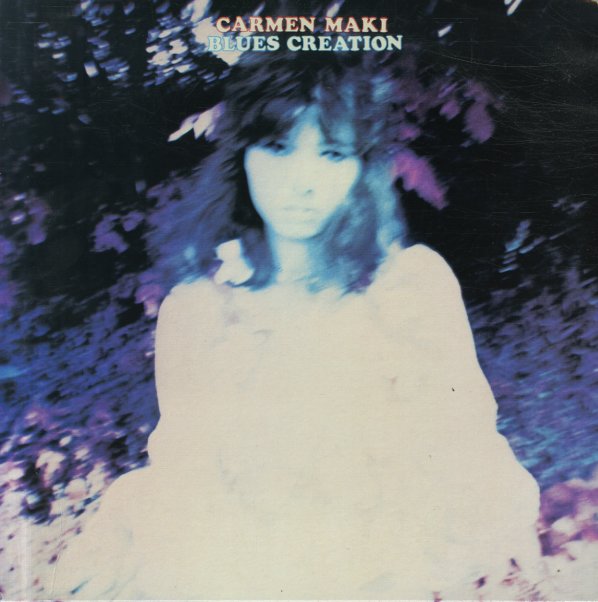 Japanese singer Carmen Maki works here with Blues Creation – on a set that's headier and heavier than just about anything she ever recorded! The group themselves are amazing – searing with guitar work that rivals the best of the Anglo blues-inspired hard rock combos of the period – and when Carmen comes into the mix, she uses an equally soulful approach, turned towards freakier styles that might have made Christine Perfect run away in fear! The combination is fantastic – the kind of special set that makes this period of the Japanese scene such a standout for collectors of this sort of material – on titles that include "I Can't Live For Today", "Motherless Child", "Understand", "Empty Heart", and "Lord I Can't Be Going No More".  © 1996-2021, Dusty Groove, Inc.