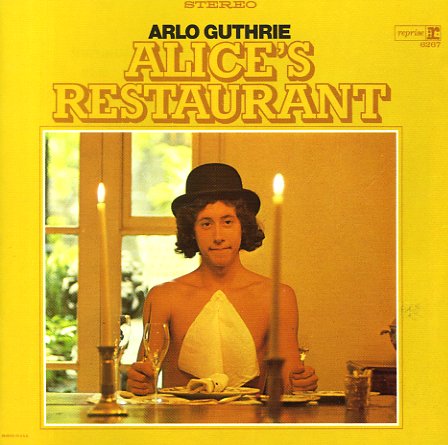 Arlo Guthrie may not be one of the best-remembered folkies of the 60s, but he sure made waves with this classic debut and the side-long title song! Arlo is the son of Woody Guthrie, and probably owes as much to Bob Dylan as Dylan does to Woody – but he was definitely on to something when he expanded the shorter protest song into the space of the 18 minute "Alice's Restaurant Massacre", which makes surprisingly strong use of its many grooves on the record – while Arlo delivers a biting commentary on the life of a young man in the era of Vietnam and the uptight Establishment. Side two brings in shorter tracks, but with a similar energy – selections that include "Chilling Of The Evening", "The Motorcycle Song", "I'm Going Home", "Highway In The Wind", and "Now & Then".  © 1996-2021, Dusty Groove, Inc.

Choctaw Ridge – New Fables Of The American South 1968 to 1973
Ace (UK), Late 60s/Early 70s. New Copy 2LP
LP...$29.99 42.99
A fabulous look at a new wave of music that hit the American scene at the end of the 60s – sophisticated songs with a deep sense of narrative that went way beyond the usual – first sprung by the world of country music, but with an influence that went on to touch all other styles too! ... LP, Vinyl record album