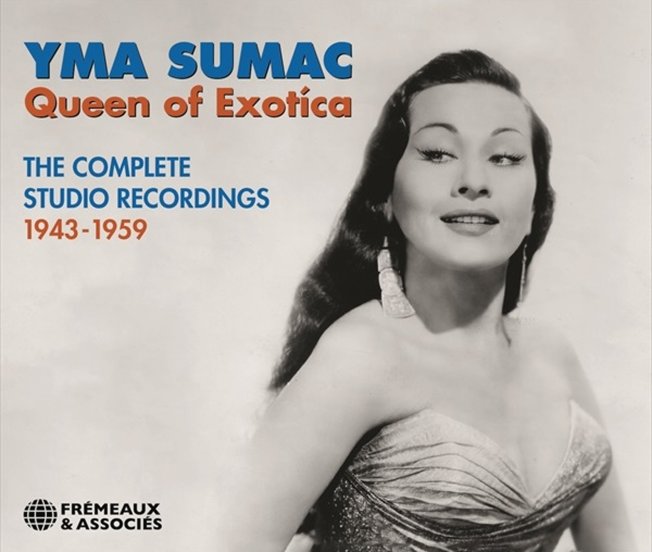 If you've ever doubted the genius of Yma Sumac, here's a set that will really change your mind – as the overstuffed package presents a huge amount of music from the legendary singer – including a full disc's worth of material recorded in Argentina, before her famous postwar work on Capitol Records! Over the decades, Sumac has become the stuff of legend – a singer with an incredible four-octave range, which she uses on a variety of exotic modes that begin with South American styles, but soon move into the kinds of modes that made Yma a key force in the world of exotica during the 50s – maybe even an important precursor to that moment, as her records for Capitol were so successful, they opened the door to lots of exotica experiments to come. The package features 18 especially rare tracks recorded in Argentina – under the name of Imma Sumack – plus the full Capitol albums Voice Of The Xtabay, Legend Of The Sun Virgin, Inca Tqui, Mambo, Legend Of The Jivaro, and Fuego Del Ande – plus the tracks "Babalu" and "Wimoweh" too. 86 tracks in all – and detailed notes in both French and English!  © 1996-2021, Dusty Groove, Inc.