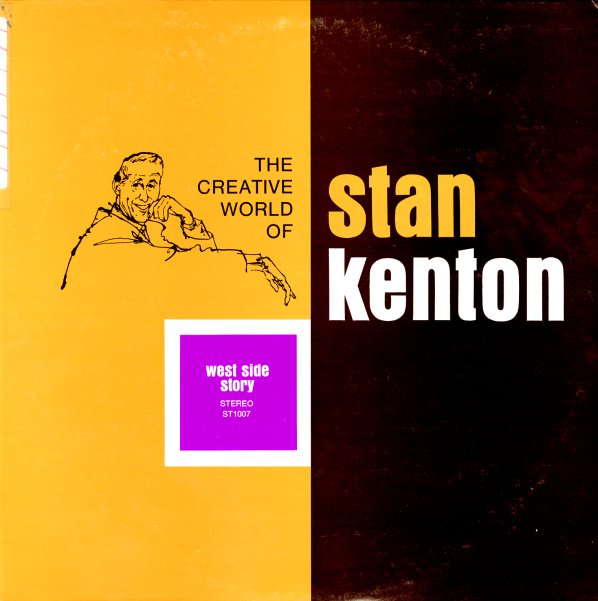 A classic jazz interpretation of the score to West Side Story – served up in ultra-hip fashion by the Stan Kenton Orchestra! Although the tunes are familiar, the readings are extremely creative – and use Leonard Bernstein's original music as the starting point for a rich tapestry of tones, colors, and sounds that really open things up! Arrangements are by Johnny Richards, and very swinging throughout – and soloists include Gabe Balthazar on alto, Conte Candoli on trumpet, and Sam Donahue on tenor – plus some great standout piano from Stan himself. Titles include "Something's Coming", "Officer Krupke", "Tonight", "Cool", "I Feel Pretty", and "Taunting Scene".  © 1996-2021, Dusty Groove, Inc.
(Cover has light wear.)