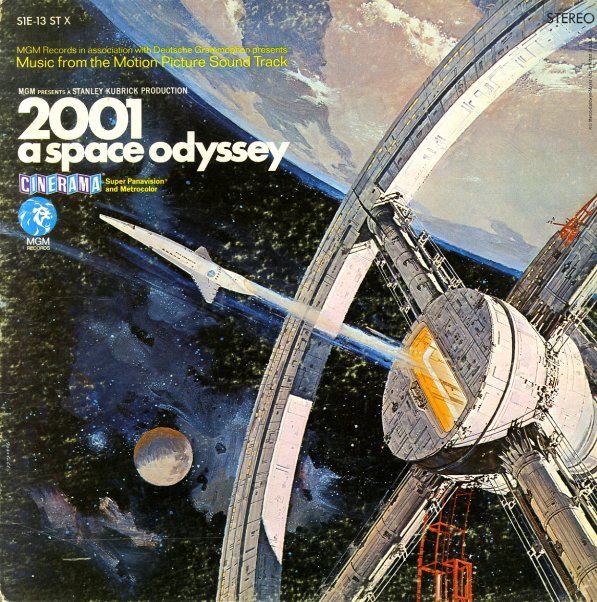 The mostly orchestral music used for the Kubrick film, with alternating spooky and grand passages Strauss, Ligetti and others. Inlcudes "Also Sprach Zarathustra", "Requiem For Soprano, Mezzo-Soprano, Mixed Choirs & Orchestra", "Luz Aeterna", "The Blue Danube" and "Atmospheres".  © 1996-2023, Dusty Groove, Inc.
(Blue and gold label stereo pressing with deep groove. NOTE – Cover is lightly stained and wavy at the bottom half, with a large peeled patch inside the gatefold.)

Three In The Attic
Sidewalk, Late 60s. Very Good
LP...$14.99
Groovy stuff from Chad & Jeremy – a rare soundtrack, but one of their best albums from the 60s! The album's got loads of jangle-happy tunes done in a 60s mode that recalls the best of the post-Brit Invasion years – guitars upfront, dreamy vocals, and more complicated orchestrations ... LP, Vinyl record album

Nothing But The Best
Colpix, 1964. Very Good+
LP...$5.99
(White label stereo promo. Cover has light aging, a sticker remnant and an ink stamp on the back.) LP, Vinyl record album