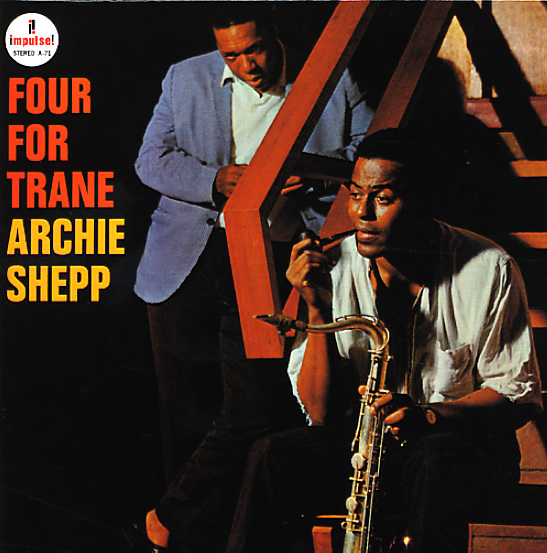 An amazing Impulse debut from Archie Shepp – easily one of his boldest musical statements ever, and a key announcement to the world that a new generation of modernists was on the rise! The album was co-produced by John Coltrane – who brought Shepp to the label, and almost gets out-done by Archie's sharply crafted musical vision on the set. The style here is that mix of freer lines and tighter conception that Shepp used with the New York Contemporary Five – and players include John Tchicai on alto from that group, plus Roswell Rudd on trombone, Alan Shorter on flugelhorn, Reggie Workman on bass, and Charles Moffett on drums. The lack of piano in the album is striking – and allows for plenty of horn interplay, but in a way that's much more cutting and dark than any of the piano-less horn dates from the 50s. Titles include 4 Coltrane compositions ("Syeeda's Song Flute", "Mr Syms", "Cousin Mary", and "Naima"), as sort of a tribute to Trane – plus Shepp's excellent "Rufus (Swung, his face at last to the wind, then his neck snapped)".  © 1996-2021, Dusty Groove, Inc.