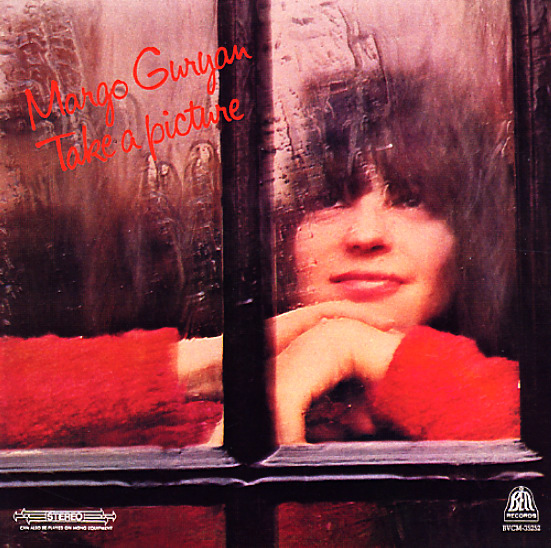 An overlooked 60s pop gem from Margo Guryan – probably best known as the writer of the "Sunday Morning" hit for Spanky & Our Gang, but an equally great singer on her own! Margo's got a style that's towards the hipper side of girl pop in the late 60s – but one that's also free from singer/songwriter modes too – an approach that's never too serious, yet which often has a nice undercurrent of darkness in the mix. Production is somewhat poppy, but not in a commercial way – and we might well say that Guryan's work here has that same great balance of elements we love in the Mercury recordings by Spanky & Our Gang. John Hill produced, and also handled most of the arrangements – and many tunes here are Guryan originals, with titles that include "Sunday Morning", "Sun", "Love Songs", "Thoughts", "Take A Picture", "Think Of Rain", "Can You Tell", and "Someone I Know".  © 1996-2021, Dusty Groove, Inc.