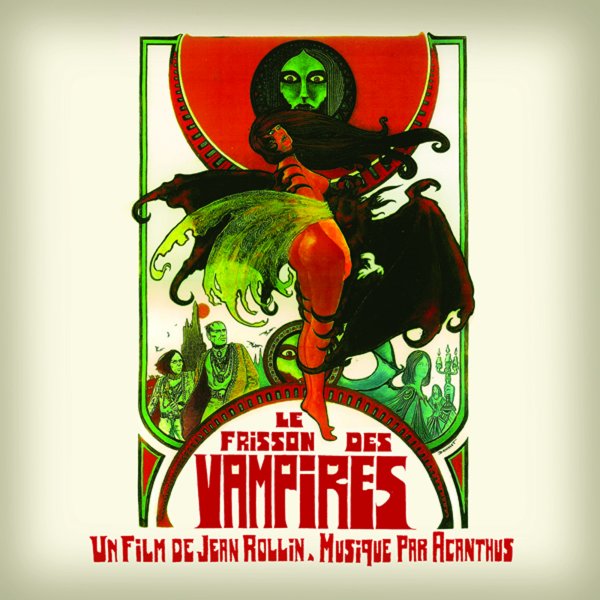 One of the most obscure entries in the short-lived genre of prog-based horror soundtracks – and one of the best as well – music by the French group Acanthus, served up here for a creepy film by director Jean Rollin! In a way, the use of electric guitar with vampires is maybe even spookier than strings or organ – as the instrument brings on this sense of hedonistic freedom that really matches the tension of desire in the narrative – handled here in ways that are sometimes psychedelic, sometimes more spacious – on tunes that are mostly short, but which clearly have that prog possibility of springing into longform action! The music also has some eerie reed work and bits of organ – plus other odd sounds too – on titles that include "Funerailles Des Vampires", "Le Frisson Des Vampires", "La Chateau", "Wedding Party", "Occupied Clock", "Who Are You", "Blood-Cups", "Isabelles Demise", "Night Excursion", "Isa's Ceremony", "Flightless Bird", "The Shiver Of The Vampires", and "Envol Vers La Folie".  © 1996-2021, Dusty Groove, Inc.
(Please Note – The covers on these has a slightly bumped corner from shipping.)