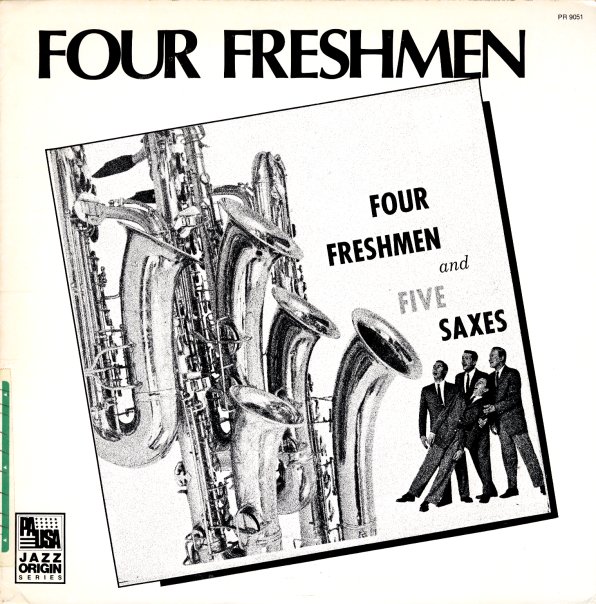 One of our favorite sides by this excellent 50s vocal group – a tightly swinging batch of tracks with a really moody, modern edge! Half the set is arranged by the great Pete Rugolo, in the manner of the group's famous "trombones" session, done earlier with Pete – and the other half of the set is arranged by group member Dick Reynolds, following closely in Rugolo's style. The whole thing's great – with a nice brace of west coast saxes backing up the vocals – and titles include "For All We Know", "I May Be Wrong", "East Of The Sun", "Liza", and "This Can't Be Love".  © 1996-2021, Dusty Groove, Inc.
(80s issue. Cover has an index label with clear tape on the spine.)