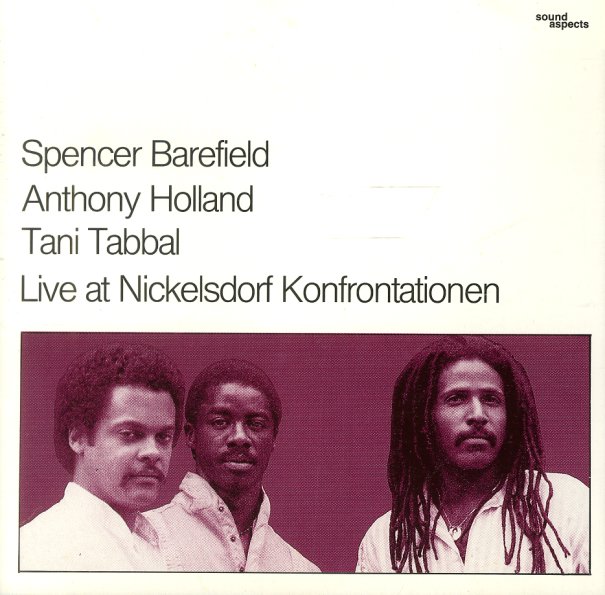 Barefield plays 6-string and 12-string acoustic guitar and Dawudaphone, with Holland on alto and soprano sax, and Tabbal on drums and tablas.  © 1996-2021, Dusty Groove, Inc.
(Cover has a frayed cutout notch at the opening near the top and a PSI sticker.)

Nine Below Zero
Sound Aspects (Germany), 1986. Near Mint-
LP...$11.99
Weird moody soundscapes by these 3 avant players. More spacey than noisy, and with a nice 80s downtown sound. Titles include "3 Places In Suburban California", "Reno", "Remind Me Of You". LP, Vinyl record album