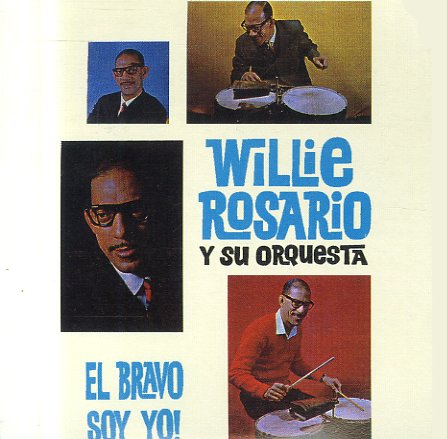 A stormer of an album from percussionist Willie Rosario – one of those 60s sets that really have Willie pointing the way towards the 70s salsa generation – working with a small combo that has a beautifully tight groove, all topped with vocals from the young Frankie Figueroa! Frankie's soulful lead has a mode that's often different than singers from a few years before – and Willie's way of balancing a small horn section with piano, bass, and percussion almost has the same spirit as the Joe Cuba Sextet – a similarly dangerous vibe that marks a whole new generation in Latin music. Titles include "Dame Tu Amor Morenita", "Guaguanco Bonito", "El Bravo Soy Yo", "Buscando Guaguanco", "Lagrimas Negras", "Mereces Que Te Quiera", "Dicelo A El", "Te Amo En Silencio", "Dejame Estar Contigo", and "Eres Todo Para Mi".  © 1996-2021, Dusty Groove, Inc.