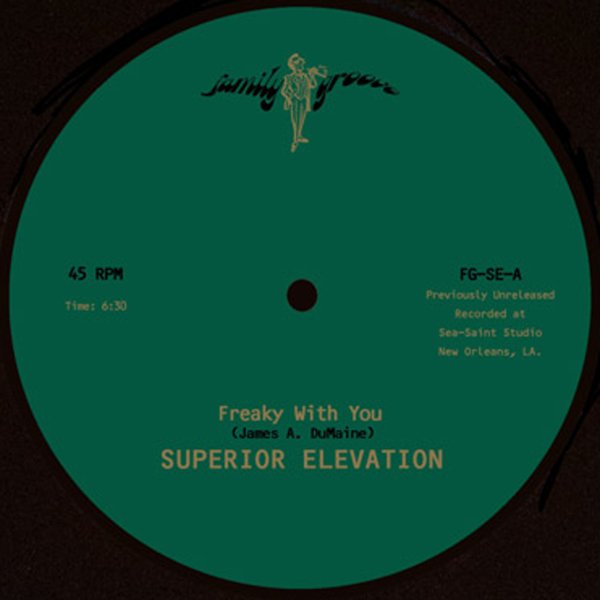 Two rare tracks recorded in New Orleans in the late 70s – both appearing here for the first time ever! "Freaky With You" is an extended ensemble funk number – riffing guitar with the groove, monstrous bass driving the train, and lots of offbeat vocals on the lyrics – plus a very sharp percussion breakdown in the middle – conga that's worth the price of the record alone! "Welcome To My World" is mellower, and shows off a sweet stepping side of the group – a groove that's mellow, but still pretty darn funky – with warm vocals that move alongside the rhythm in a really warm way, and a cool moogy keyboard line that provides a nice accent!  © 1996-2022, Dusty Groove, Inc.