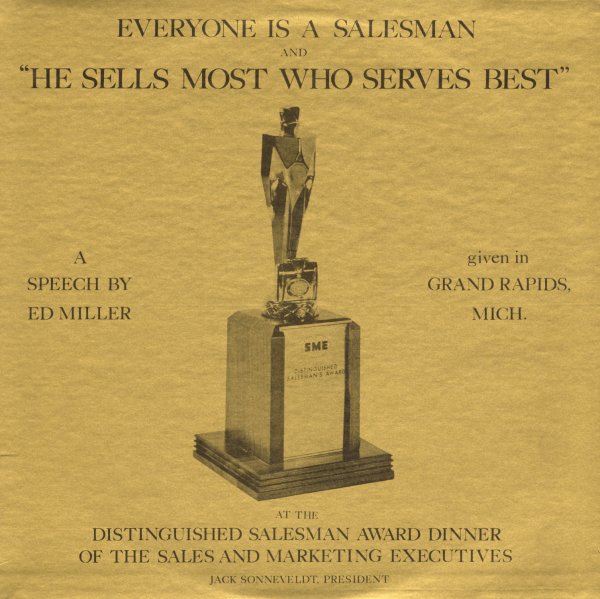 Everyone Is A Salesman & He Sells Most Who Serves Best

A speech by Ed Miller given in Grand Rapids Michigan at the Distinguished Salesman Award dinner of the sales and marketing executives.  © 1996-2021, Dusty Groove, Inc.