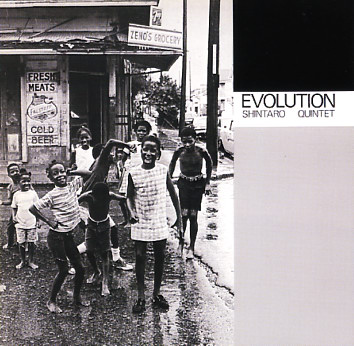 Soaring piano lines, burning trumpet solos, and soulful tenor sax – all wrapped together beautifully in this obscure Japanese session from the 80s – a date that has all the free-thinking power and unbounded energy of some of our favorite American soul jazz sessions from a decade before! The group's led by bassist Shintaro Nakamura, but features wonderful contributions from trumpeter Shunzo Ohno, tenorist Robert Kenmotsu, and pianist Jeff Jenkins – all of whom get plenty of space to state their case on the album's long and stretched-out tracks. The bass of Nakamura and piano of Jenkins sets up a good modal groove on most numbers – and titles include "Future On You", "Don't Forget Me", "Sweet & Sour Sound", "Evolution", and "A Blind Man".  © 1996-2023, Dusty Groove, Inc.