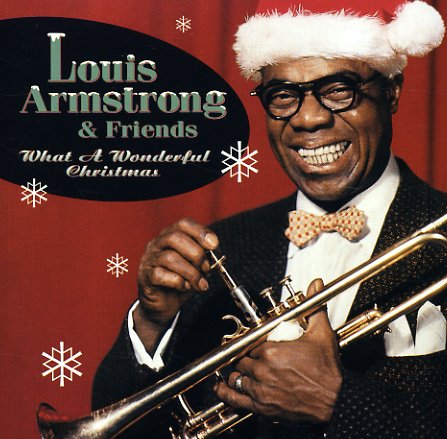 What A Wonderful Christmas

Louis Armstrong is on the cover, but the set also features work from a nice mix of "friends" – other important artists from the postwar years, who help round out this collection of Holiday favorites! Louis Armstrong sings on "Christmas In New Orleans", "White Christmas", "Christmas Night In Harlem", "Winter Wonderland", "Zat You Santa Claus", and "Cool Yule" – and other tracks include "Silent Night" by Dinah Washington, "The Christmas Song" by Mel Torme, "It's Christmas Time Again" by Peggy Lee, "May Everyday Be Christmas" by Louis Jordan, "Santa Claus Is Coming To Town" by Lena Horne, "Merry Christmas Baby" by Lionel Hampton, "Santa Baby" by Eartha Kitt, and "Jingle Bells" by Duke Ellington.  © 1996-2021, Dusty Groove, Inc.