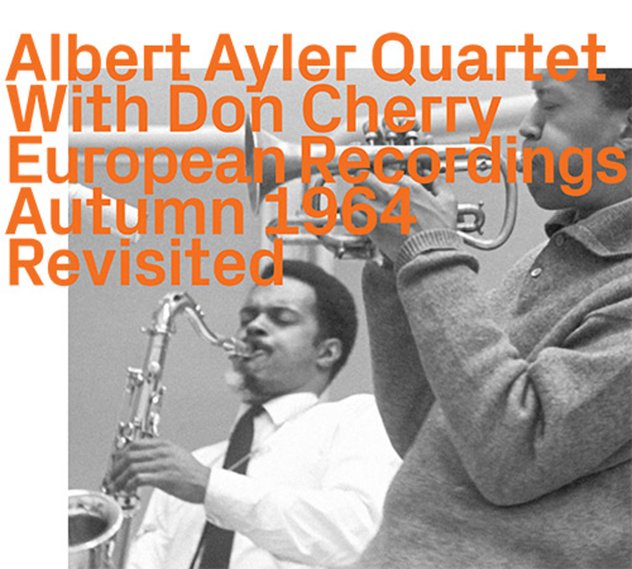 A huge 2CD set – one that features important European work that saxophonist Albert Ayler recorded with trumpeter Don Cherry! CD1 brings together six tracks from Albert Ayler's Hilversum Radio sessions from 1964 – plus an additional three tracks recorded in Denmark a few months earlier! The first six titles are a famous performance by a famous group set loose on a European tour in 1964 – Ayler on tenor, Don Cherry on cornet, Gary Peacock on bass, and Sunny Murry on drums – recorded in The Netherlands for a small audience in a Dutch radio studio! The setting is a wonderful one – a mix of the live freedoms that would really let Ayler stretch out – especially when playing overseas – but recorded with the clarity of some of his studio albums for ESP – that sharp-edged sound that really highlights the groundbreaking style of his playing! The rest of the group here is equally great, and Murray is completely freed up from rhythm at points, to fly beautifully with the rest – on titles that include "Angels", "CAC", "Infant Happiness", "Ghosts", and "No Name". The same group performs on the final three tracks – recorded in Copenhagen for Danish Radio, with an equally great level of clarity – on "Saints", "Spirits", and "Vibrations". The interplay between Ayler and Cherry is especially great – echoing the latter's material with Ornette Coleman, but with a different sort of edge! CD2 features amazing live material from 1964 – work that was recorded at the Club Montmartre in Copenhagen, right around the same time that Albert Ayler recorded his album for Debut Records – and a set that has his quartet in even more firey formation overall! The tracks are long, and Ayler is completely unbridled – at a level that really shows not only how much of a leader he was to the American avant underground, but what an inspiration he was to the European free scene too – who could only help but take a big cue from his work here on tenor! The group also features equally wonderful work from Don Cherry on cornet – sounding quite different than when with Ornette Coleman – plus bass from Gary Peacock, whose dark tones really set the mood – and drums from Sunny Murray, who is also at an explosive point in his career. The material is remastered wonderfully, with permission from Albert Ayler's estate – and titles include "Mothers", "Saints", "Vibrations", Spirits", "Children", and a shorter "Spirits".  © 1996-2020, Dusty Groove, Inc.