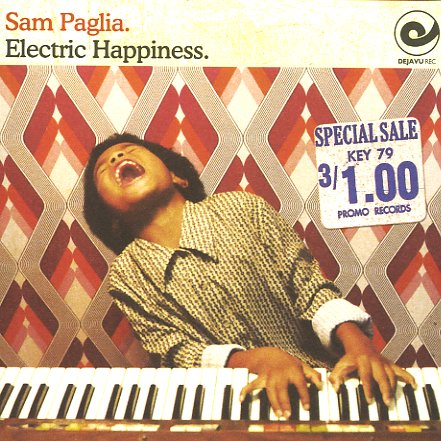 The grooviest set we've heard so far from Sam Paglia – no surprise, given that he's issued this album on the ultra-cool DejaVu label! As on previous Paglia efforts, the keyboards are strongly in the lead on most numbers – mostly Hammond, but also some Fender Rhodes, Wurlitzer piano, clavinet, and moog – all sweet keys used in a variety of settings, from 60s mod soul, to slow-stepping bossa, moogy madness, and more upbeat funk! A number of cuts are instrumental, but there's also a few vocal numbers too – sung by Sandra Cartolari on a few soulful tracks. Titles include "Vespa Soul", "Una Donna Scimmia", "Greasy", "Hotel Ukrania", "Sammy's Dream", "Mundial 70", "Fried Noodles", "Uncle David", "Let The Music Be The One", "La Nebbia Gratis", "Bobsamnova", and "Wandre".  © 1996-2020, Dusty Groove, Inc.
(Out of print, includes slipcase.)