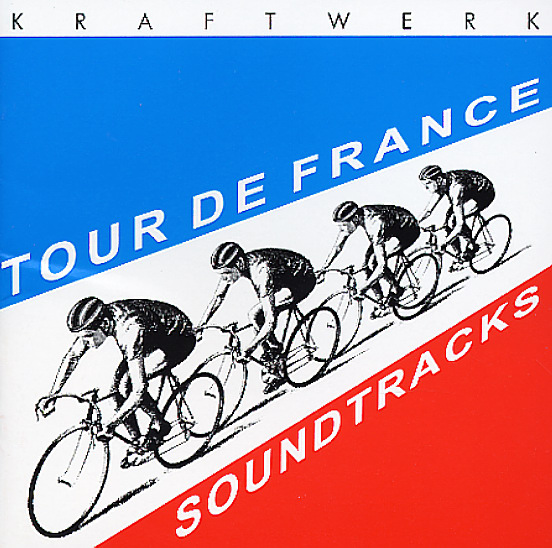 A return to genius for one of the most important bands of the past 50 years – and a wonderful little record that we'd rank right up there with the best of their albums from the 70s! The album builds off the "Tour De France" single the group first recorded back in the early 80s – a classic tune with a huge influence that unfortunately was never on an album. And while this album bears the title and cover of that original single, the sound and style are a bit different – more in the mode of longer-worked electronic epics like Radio-Activity or Trans Europe Express – particularly the latter one, as this set has Kraftwerk taking a musical tour that matches the famous bicycle race – gliding around the countryside on waves of electronic magic! The whole thing's excellent – as brilliant as we could have hoped – and it's a long-overdue follow-up to one of our favorite tracks! Titles include "Chrono", "Vitamin", "La Forme", "Elektro Kardiogramm", "Titanium", "Aero Dynamik", and "Regeneration".  © 1996-2021, Dusty Groove, Inc.
(Indie exclusive!)