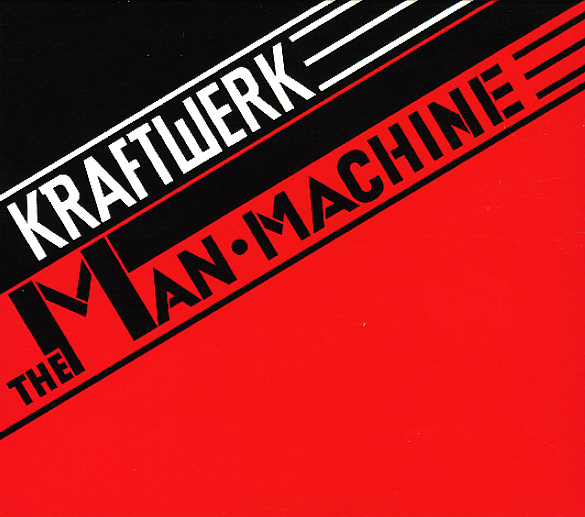 Man and machine – a perfect summation of the Kraftwerk genius, delivered perfectly on this classic late 70s set! The album's got a bit more punch than some of their previous efforts – almost a not towards the dancefloor at times, yet hardly the disco you'd get from other groups of the period – and more a prefiguring of the sounds of the future from various UK and European sources! There's some great electro moments that made the record a favorite for the New York scene in the early 70s – including some wicked vocoder bits, and tight beats on a few numbers. Titles include the excellent "The Model" – plus "The Man Machine", "Neon Lights", "The Robots", "Spacelab", and "Metropolis".  © 1996-2022, Dusty Groove, Inc.
(Indie exclusive!)