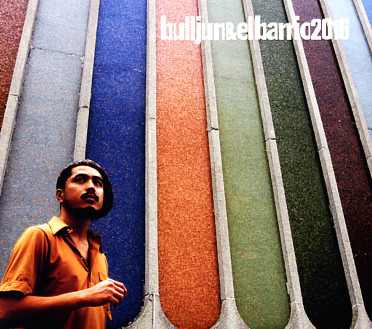 A pretty sweet mix of beats, funky samples, and Latin elements – all mixed together with almost a Tru Thoughts or Melting Pot Music sort of approach! The groove here is extremely upbeat and joyous – and most tracks step around in hard funky midtempo rhythms – assembled in the studio, but coming off with a nice sense of liveness in the way the tunes unfold! Bits of mixing further the more organic nature of the set – and despite the programming of the rhythms, the overall grooves are plenty pleasing – thanks to a good amount of acoustic source material. Titles include "Lil Mo Coke", "El Barrio Blues", "Theme From Full Time Playboy", "Sho' Nuff", "Eternal Reflection", "On The Memory Lane", and "Daddy's Sex Beat #69".  © 1996-2021, Dusty Groove, Inc.
(Out of print.)