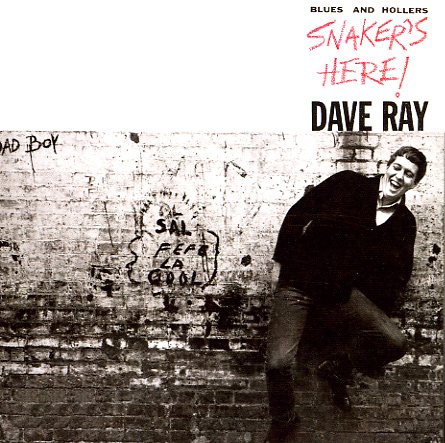 A mid 1960s recording from Dave Ray, a white blues singer and blues guitar player. He accompanies himself on a 12 string guitar and Tony Glover plays mouth harp on a couple of the songs. The songs are very much in the tradition of Lead Belly and Robert Johnson and they are surprisingly good. There are a couple of Ray originals, "Need My Help Someday" and "Go My Bail" but the rest are mainly blues covers and they include "Julie & Johnson", "Bull Frog Blues", "Saddle Up My Pony", "Broke Down Engine", "Rambling On My Mind", and "Blind Lemon".  © 1996-2022, Dusty Groove, Inc.
(Sealed.)

Wrecking Ball
Elektra, 1995. Used
CD...$1.99
One of Emmylou Harris's best loved albums, and for good reason – it's a major departure from the some of the more straightforward, if neo classic country of her late 80s and earlier 90s work, taking on a more atmospheric sound with producer Daniel Lanois. Lanois deserves credit for inspiring ... CD

When You're Hot You're Hot/Ko Ko Joe/Smell The Flowers/Me & Chet
RCA/BGO (UK), 1971/1972. Used 2 CDs
CD...$9.99
Four albums from the breakout years of Jerry Reed – all collected here in a single CD set! First up is When You're Hot – the record that firmly catapulted Jerry Reed to the top – a set that draws on all his years of lyrical wit and razor-sharp guitar work – served up with ... CD