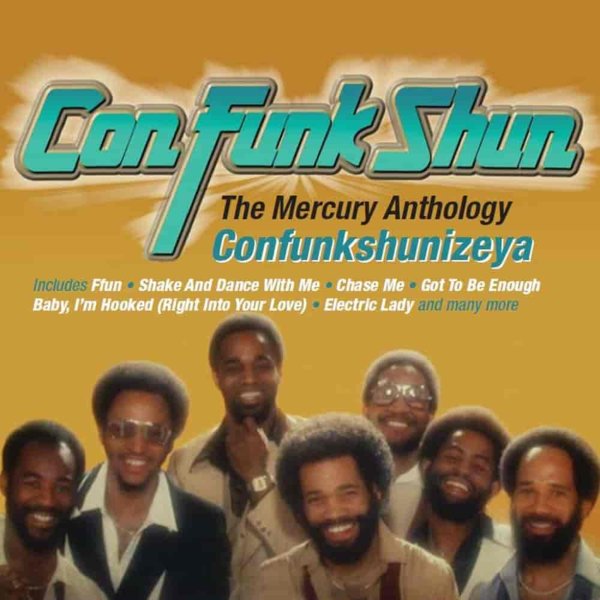 Super-sharp work from Con Funk Shun – one of the best of the mainstream funk acts to emerge in the second half of the 70s – working with the sort of style that was trained in the funky 45 underground, then given a bigger, fuller push to album-length glory! The set is a superb selection of their work for Mercury records – and the tracks here also really show why Con Funk Shun were always a cut above – as they had a way of bringing strong soul vocals to play that often illuminated the tunes very strongly – especially when the group would harmonize together. The set features 32 tracks in all – including "So Easy", "Chase Me", "Ffun (12" mix)", "Confunkshunizeya", "Loveshine", "Shake & Dance With Me", "Sure Feels Good To Me", "Electric Lady", "Burnin Love", "Can You Feel The Groove Tonight", "Ms Got The Body", "By Your Side", "Bad Lady", "California 1", "Too Tight", "Lady's Wild", "Let Me Put Love On Your Mind", "Who Has The Time", "Ain't Nobody Baby", and "Got To Be Enough".  © 1996-2022, Dusty Groove, Inc.